An interactive documentary allowing users to navigate a corpus of around 60 interviews with transgender people, portraying experiences of deferment and being in wait.

Interested in being interviewed? Check out the participant information.

Cis Penance is named after an essay by trans writer Patience Newbury, "Maybe You Should Never Transition", which argues that to deny trans people the right to transition when they decide to do so "serves positively no benefit to a trans person. It merely impresses a cis person’s own denial of a trans person onto that trans person, forcing the latter to serve a cissexist penance..." In this project, trans people talk about their experiences of time, many describing the cissexist penance they have paid to bureaucratic and cultural gatekeeping in the UK.

I have interviewed transgender and nonbinary individuals from around the UK, and highlighted material about temporality, to draw attention to the sisyphean bureaucratic processes imposed on transgender people in a country growing increasingly hostile to trans civil rights.

I am turning these interviews into interactive dialogues, so that the player acts as the interviewer by choosing between questions on screen. Whereas traditional documentary makes the viewer into an observer whose only job is to respond emotionally, in my interactive portraits I put the audience into the position of being called to respond through their own actions; the best interactions are those where the player pauses, unsure which of the options on screen is the most compassionate way to proceed.

Characters will be portrayed as though standing in line in a very long, socially-distanced queue. Through the image of the queue, I hope to make visible the “waiting lists” that put UK trans people’s lives on hold for years – you never see these lists, and it is rare to even be informed of your position on this list, and getting to the top of the list is only the beginning of yet another waiting period.

In 2021 this will be displayed as a large interactive textile installation, each character hand-embroidered using a combination of beads and LEDs; this year I am making it as a web-based experience, with visual assets from Earthtongue creator June Hornby and music from Liz Ryerson. Building on previous projects Elixir (2016) and Interactive Portraits: Trans People in Japan (2019), this piece is inspired by the Bayeux Tapestry, as well as talky games like Kentucky Route Zero and Undertale.

This is available for free in browser, but if you want to support the project you can donate.

This project is currently in development, and should be ready to play in full in late summer 2020. In the meantime, I'm making small preview demos available - you can follow or donate to get regular updates.
More information 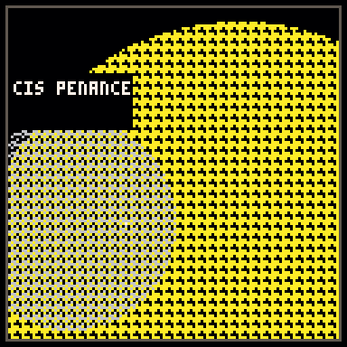